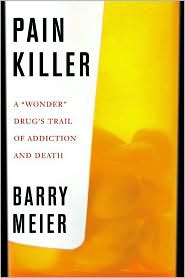 This was a bit more of an intellectual read than Heroin Diaries, but a fascinating book indeed. It takes an in-depth look at the marketing and development of the drug as well as the spread of its devastating addiction and the movement to fight it.
What astounds me is that pain experts and the drug maker themselves honestly believed (initially anyway) that OxyContin wouldn't be appealing to addicts - even non-addicting due to its time-release properties. They even went so far as to say that the pills could not be crushed or injected. They later changed their tune on that one. Millions of people have proven that one wrong.
What I still can't comprehend is how people slept at night knowing that their drugs were destroying lives and killing people. They could have stopped it sooner, but ignored the early warnings and continued to push their pills. I suppose they are still making money even if it is being sold on the streets. Money talks I suppose...
This book was equally as disturbing as Heroin Diaries, but in a completely different way. What I did enjoy about the book is that is was written in a fair and journalistic manner. Well, it was as unbiased as it could be considering that Purdue Pharma refused to participate of even respond to the author's questions.
It is an insightful look into the business of pills and the birth of an epidemic.
Posted by Cate at 19:45 No comments:

Dear Blog,
Sorry to have kept you waiting for my latest shenanigans, but, you see, I've been busy reading, quilting, knitting and job hunting. More on the craftiness later (like when I actually finish a project). I have, however, finished a book recently and started another. 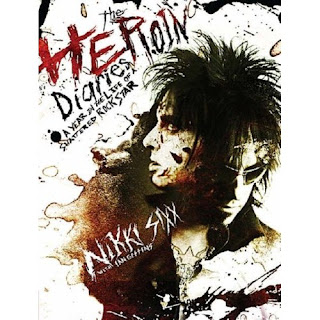 Heroin Diaries: A Year in the Life of a Shattered Rock Star by Nikki Sixx. Why did I pick it up? Honestly, JR left it on the couch and I picked it up during Todd's turn at wii Bowling (I won btw...). 24- hours later, I was done. A rock star strung out on heroin and freebasing coke doesn't have a lot of big words.
Nikki Sixx kept a diary from Christmas 1986 to Christmas 1987 - while he was writing, recording and touring for the Girls Girls Girls album. It is an honest, disturbing and twisted account of his world at the time - a dark look into the mind of an addict. The entries of his diary are punctuated with his reflections of the incident as well as the commentary of the people in his life at the time.
As fascinating as it is in and of itself, I think it is an essential piece of literature (yes - I really do mean literature) for anyone who knows, loves or interacts with an addict. It will open your eyes to the mind of the addict.
Now, I'm reading Pain Killer: A "Wonder" Drug's Trail of Addiction and Death by Barry Meier. The story of OxyContin. notice a theme?
Posted by Cate at 19:57 No comments: